Skip [Cocoon] About (Text with Image)

What does the Bible say about computing? What does Silicon Valley has to do with Jerusalem?

What does the Christian faith and computing technology have in common? Is there a "Christian" way to do computing?

Computing Outreach strongly believes that technology and faith do indeed have something to do with each other!

The Theology of Technology

As shown by the tabs below, there is a connection between technology and the biblical concepts of creation, fall, redemption, and restoration. As followers of Christ we live our entire lives in the presence of God, under the authority of God, for the glory of God and   inside the framework of the Biblical story, and each of our own stories is nested within this context.

There are many important Biblical themes that shape a Christian's view of the world and how to live. The main ones are: creation; fall; redemption; and restoration. A Christian worldview should should seek to apply these themes to the field of technology.

According to John Calvin, the Scriptures are like "spectacles" that let us see more clearly. This is why we at computing outreach for God's servants and covenant kids try to teach computing skills from a Christian, Christ-centered, and redemptive-historical point of view. We use Scripture as a lamp to help us navigate both old and new paths of technological innovation in the computing world.

Technology and the Biblical Story Creation, Fall, Redemption, and Restoration

Technology and Creation Technology is part of God's creation 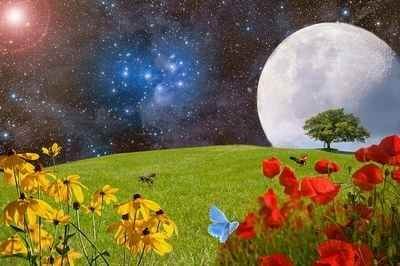 Technology is a component of God's creation. We have a tendency to confine creation to things like stars, trees, flowers, and animals. However, in its broadest sense, creation encompasses all that God has decreed to be, including technology, which, in its perfect form, is meant to be a component of God's good creation.

Given that computers are a part of creation and God told our forefathers in Genesis 1:28 to have dominion over the creation, the right connection between humans and computers is for people to exert dominion over these digital and electronic gadgets.

Technology and the Fall The fall has also affected technology! 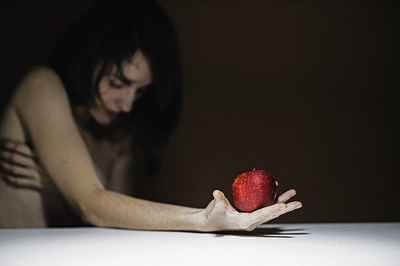 Somewhere near the beginning, the human family fell into sin, and as a result, all creation was ‘cursed’ and subject to frustration. Since then, Romans 8:22 tells us that “the whole creation has been groaning.” Since technology is part of God’s creation, the fall has affected it as well and for this reason, technology, like the human heart, can either be used for the glory of God to accomplish God-honoring purposes or it can be misused to advance evil and rebellious causes.

As a result of the fall, pessimists have come to despair of technology expecting that technology will eventually turn against us in revolt and destroy us. This pessimistic view is depicted in science fiction movies, like Terminator, Battlestar Galactica and The Matrix.

Technology can be Used as a Tool for Evil

Shortly after the creation, the human family fell into sin, and as a consequence, all creation was 'cursed' and prone to frustration. Since that time, Romans 8:22 informs us that "the whole creation has been groaning." Because technology is a part of God's creation, the fall has touched it as well. As a result, technology, like the human heart, may be utilized for God's glory to achieve God-honoring objectives, or it can be exploited to promote evil and rebellious causes.

Although God intervened to thwart this terrible scheme, man's sinful quest of erecting ungodly modern-day towers of technology continues to this day.

The Tower of Babel and Titanic: Technology-Driven Projects that were Doomed by Pride!

Technology and Redemption Where are we heading with our Advances in Technology?

Humans, in their fallen nature, continue to make the error of worshiping technology and believing in it as a savior and rescuer of humanity. 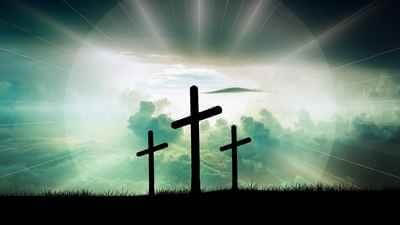 Infinite Progress, a new book, has the subtitle "How technology will ultimately solve ignorance, disease, poverty, hunger, and war." This is powerful rhetoric, demonstrating an unwavering faith in technology.

Some very bright computer scientists have even gone to the extreme of thinking that one day we will be able to upload our brains into computers and live forever in a virtual paradise.

There are some who think that even death will be defeated by technology, and that we will 'redeemed' from its power and be able to live forever.

Sadly, these views misunderstand both the nature of redemption and the function of technology in human existence.

The Biblical View of Redemption

In spite of the aforementioned misconceptions, God has not left us without hope. I love how Colossians 1 depicts Christ's work of redemption:

For in him all things were created: things in heaven and on earth, visible and invisible, whether thrones or powers or rulers or authorities; all things have been created through him and for him. He is before all things, and in him all things hold together. And he is the head of the body, the church; he is the beginning and the firstborn from among the dead, so that in everything he might have the supremacy. [All aspects of life are subject to Jesus’ lordship.] For God was pleased to have all his fullness dwell in him, and through him to reconcile to himself all things, whether things on earth or things in heaven, by making peace through his blood, shed on the cross. — Colossians 1:16-20 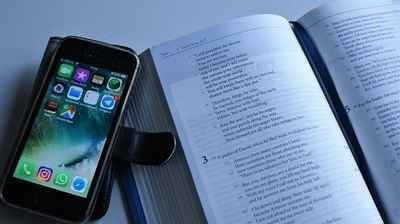 The phrase "all things" is repeated many times to emphasize that even though salvation includes the saving of human hearts, it is far broader than that—it is about everything.

All of life has been affected by the fall, but God is working to bring humanity and the rest of the world back into a right relationship with Him. This process began with Jesus' death (Romans 8:19–23), and it will be finished when God's kingdom is finally established (Revelations 21, 22).

Christians are the agents of redemption. For the Christian computer scientist, this means that our work in the field of computers is one of the things that needs redemption. As a result, it is critical for the Christian computer scientist to assess which components of computing need redemption, and Computing Outreach makes an effort to address these issues in our "Theology of Technology" sections. Our goal is to equip God's people to have dominion over computers to offer healing to their painful and unpleasant computing experiences that arise from being computer illeterate.

Technology and Restoration Where are we heading with our Advances in Technology?

The final biblical theme is the theme of restoration. So, from a Biblical perspective, where are we going with our technology and what should we expect in the future?

Technology and the Future

The book of Revelation concludes the Bible, which began in the Garden of Eden, with a "garden city"—a city filled with all sorts of things. According to Isaiah 60, the "riches of the nations" will be carried into Zion, including camels, precious metals, and timber. Even the "ships of Tarshish," icons of pagan economic dominance, are repurposed "for the Lord's glory."

In Revelation 21:26, we learn that "the glory and honor of the nations will be brought into it." Does the Bible say that  God is going to make all new things? No, he's going to make all things new! Micah 4:3 says “they will beat their swords into ploughshares and their spears into pruning hooks.”

Weapons that are harmful and perverted will be transformed into tools to use for peaceful purposes like tilling the soil and caring for plants. In the new kingdom, technology that was formerly misused for evil purposes will be put to good use. There may also be drones and battleships, but re-directed for the Lord's service.

Some Christian computer scientists believe that computers, along with the splendor and dignity of the nations mentioned in Revelation 21, will be present in the new heavens and new earth.

Both Isaiah 60 and Revelation 21 depict a restoration of meaning as everything is redirected to a God-honoring service. In the meanwhile, we await Christ's second coming. So, with a faith established not just in a Christian worldview but also in a personal connection with Jesus Christ, we are invited to go into the world [as agents of redemption] and construct some imperfect models of the good world to come. 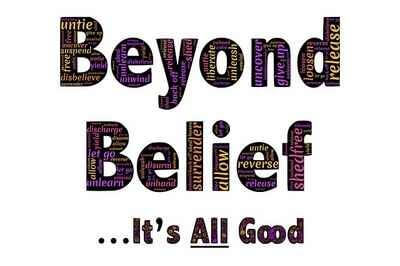 We must not permit the liturgy of our ever-present digital gadgets to demand our attention, dominate our lives, and define our habits and practices. Instead, in our technologically saturated society, we must establish counter-liturgies or counter-measures that include spiritual activities like devotional time, meditation, Sabbath rest, and fasting. One of the antidotes we can use to resist digital technologies' dominion over our lives is to rediscover the ancient biblical practice of these spiritual disciplines

This is the goal of our daily Bible reading Challenge, which includes God-centered, grace-filled, Christ-exalting, and gospel-driven insights for each day's scripture readings, as well as prayers and a daily dose of inspiring thoughts and stories.

However, I must stress here that, although a Christian worldview is necessary, it is not adequate in and of itself. With out having a personal relationship with Jesus, a love for your neighbor, and help from the people around you, you won't be able to get to heaven.

Computing Outreach offers the following services to God's servants and covenant children from a Christian worldview using a Christ-centered perspective.

Learn more about our computing courses for adults.

Our Additional Sites and Services

For latest updates from Computing Outreach